For a scientist focused on studying how stress affects health, COVID-19 might seem like a boon for research. But the stress wrought by the novel coronavirus has actually confounded stress-related research. As a result, trying to study people's responses to stressful events during a global pandemic can be like studying the impact of blindfolds after shutting the lights off.

"It is difficult to study individual differences in the degree of stress because everybody is under chronic stress," said Susan Girdler, a professor of psychiatry at the UNC School of Medicine. "Everybody has been maxed out this year."

Yet Girdler, a recipient of several NC TraCS $2K pilot awards, has found a way to keep her research moving forward. When the pandemic hit, she completed a major study -- on how hormone levels can influence a woman's chances of developing a mood disorder after recent life stress -- a year early so her team could analyze the data they had already gathered. That research was supported by a $3.2 million NIH grant that the team landed after generating preliminary data with TraCS pilot funding.

Even before this unprecedented year, Girdler's lab has consistently demonstrated success in making the most of even small studies or modest amounts of funding, parlaying the TraCS pilot grant pathway into future NIH awards and prolific research careers.

We have had a lot of success, and I attribute that success to the incredible feedback and support that TraCS gives.

Girdler said the funding landscape has changed tremendously since she completed her dissertation research in 1991 on the menstrual cycle and stress reactivity. Back then, the NIH funded 25% of proposals. Today, it typically funds less than 10%. "I feel sorry for young investigators now because it is so hard to get funded," she said.

She looks at the TraCS $2K awards as a valuable mechanism to help support her postdoctoral fellows and boost their self-confidence. "I love the $2K grants," she said. "It helps to build their self-efficacy for research -- to realize they have what it takes, that they can write a grant application, and that somebody wants to fund their ideas. That is hugely motivating, because the messages we receive as young people really dictate our career paths."

For example, the $2K pilot award launched the career of one of Girdler's postdocs, Tory Eisenlohr-Moul. Her pilot award focused on investigating how hormones tied to a woman's menstrual cycle related to feelings of suicidality, depression, anxiety, irritability, and anger. Eisenlohr-Moul found that fluctuations in estrogen and progesterone during the perimenstrual window of the menstrual cycle—the week before and during a woman's period—predicted suicidal thoughts in vulnerable women.

She used that data to apply for a prestigious K99 early career award to manipulate those hormone fluctuations in women with borderline personality disorder, who are at particularly high risk of suicide. "Those K99 grants are very competitive because they have an R01 attached to it," said Girdler. "After that, Dr. Eisenlohr-Moul went straight into a tenure-track position. People were knocking on her door; she didn't even have to look for a job." Eisenlohr-Moul is currently an assistant professor of psychiatry at the University of Illinois at Chicago.

Other postdocs have used TraCS $2K pilot awards to conduct preliminary research to test out protocols or demonstrate the feasibility of a larger clinical study. For example, Paul Geiger used the $2K to show that wearable technology could be used to measure sleep patterns in perimenopausal women, informing future research designed to better understand how the transition to menopause impacts sleep quality.

"We're supposed to spend a third of our life sleeping," said Girdler. "Sleep impairment is one of the top predictors of bad medical outcomes, such as heart disease, dementia, and inflammation. By studying how women's hormones impact sleep and sleep impairment, we can take steps to improve women's health." The results from the pilot provided preliminary data for Geiger's K23 application as well as informs the direction of Girdler's planned R01 research.

As people move toward a post-pandemic world, Girdler remains keenly interested in the data her lab generated in their pre-pandemic cohort of women. The study rests on a foundation built by former UNC postdoc Jennifer Gordon's TraCS $2K pilot, who is now a Canadian Research Chair, which suggested that large magnitude fluctuations in estrogen can predict when women going through perimenopause are going to experience depression. However, the study found that the effects of this hormone on mood was not the same in all women. Estrogen's predictive power was especially strong in women who dealt with recent severe life stress, such as divorce or death of a loved one.

Girdler said their hypothesis is that higher, stable levels of estrogen can buffer the body's "fight-or-flight" response that often goes into overdrive during stressful events. If the pilot study's findings are replicated in the larger NIH-funded study, then one day clinicians may use an assessment of current life stress to identify women who are most vulnerable to developing perimenopausal depression.

Of course, if people could eliminate the sources of stress altogether, that would serve as the ultimate treatment. But as the pandemic taught us, there are certain stressful life events that are completely out of our control. 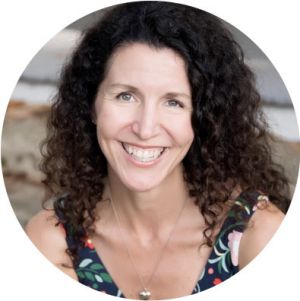 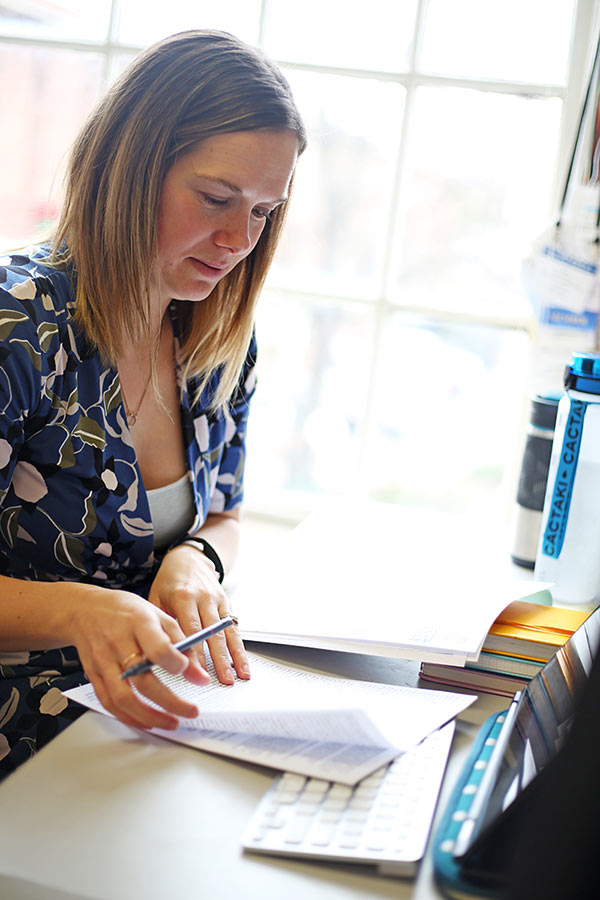 Get NC TraCS events and news delivered to your inbox! Subscribe to our weekly email blast